The brain is much on our minds at the moment. David Cameron is advocating a step-change in dementia research, brain-computer interfaces promise new solutions to paralysis, and the ongoing plight of Michael Schumacher has reminded us of the terrifying consequences of traumatic brain injury. Articles in scholarly journals and in the media are decorated with magical images of the living brain, like the one shown below, to illuminate these stories. Yet, when asked, most neuroscientists will say we still know very little about how the brain works, or how to fix it when it goes wrong.

A diffusion tensor image showing some of the main pathways along which brain connections are organized.

The €1.2bn Human Brain Project (HBP) is supposed to change all this. Funded by the European Research Council, the HBP brings together more than 80 research institutes in a ten-year endeavour to unravel the mysteries of the brain, and to emulate its powers in new technologies. Following examples like the Human Genome Project and the Large Hadron Collider (where Higgs’ elusive boson was finally found), the idea is that a very large investment will deliver very significant results. But now a large contingent of prominent European neuroscientists are rebelling against the HBP, claiming that its approach is doomed to fail and will undermine European neuroscience for decades to come.

Stepping back from the fuss, it’s worth thinking whether the aims of the HBP really make sense. Sequencing the genome and looking for Higgs were both major challenges, but in these cases the scientific community agreed on the objectives, and on what would constitute success. There is no similar consensus among neuroscientists.

It is often said that the adult human brain is the most complex object in the universe. It contains about 90 billion neurons and a thousand times more connections, so that if you counted one connection each second it would take about three million years to finish. The challenge for neuroscience is to understand how this vast, complex, and always changing network gives rise to our sensations, perceptions, thoughts, actions, beliefs, desires, our sense of self and of others, our emotions and moods, and all else that guides our behaviour and populates our mental life, in health and in disease. No single breakthrough could ever mark success across such a wide range of important problems.

The central pillar of the HBP approach is to build computational simulations of the brain. Befitting the huge investment, these simulations would be of unprecedented size and detail, and would allow brain scientists to integrate their individual findings into a collective resource. What distinguishes the HBP – besides the money – is its aggressively ‘bottom up’ approach: the vision is that by taking care of the neurons, the big things – thoughts, perceptions, beliefs, and the like – will take care of themselves. As such, the HBP does not set out to test any specific hypothesis or collection of hypotheses, marking another distinction with common scientific practice.

Could this work? Certainly, modern neuroscience is generating an accelerating data deluge demanding new technologies for visualisation and analysis. This is the ‘big data’ challenge now common in many settings. It is also clear that better pictures of the brain’s wiring diagram (the ‘connectome’) will be essential as we move ahead. On the other hand, more detailed simulations don’t inevitably lead to better understanding. Strikingly, we don’t fully understand the brain of the tiny worm Caenorhabtis elegans even though it has only 302 neurons and the wiring diagram is known exactly. More generally, a key ability in science is to abstract away from the specifics to see more clearly what underlying principles are at work. In the limit, a perfectly accurate model of the brain may become as difficult to understand as the brain itself, as Borges long ago noted when describing the tragic uselessness of the perfectly detailed map. 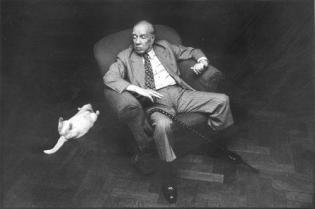 Neuroscience is, and should remain, a broad church. Understanding the brain does not reduce to simulating the collective behaviour of all its miniscule parts, however interesting a part of the final story this might become. Understanding the brain means grasping complex interactions cross-linking many different levels of description, from neurons to brain regions to individuals to societies. It means complementing bottom-up simulations with new theories describing what the brain is actually doing, when its neurons are buzzing merrily away. It means designing elegant experiments that reveal how the mind constructs its reality, without always worrying about the neuronal hardware underneath. Sometimes, it means aiming directly for new treatments for devastating neurological and psychiatric conditions like coma, paralysis, dementia, and depression.

Put this way, neuroscience has enormous potential to benefit society, well deserving of high profile and large-scale support. It would be a great shame if the Human Brain Project, through its singular emphasis on massive computer simulation, ends up as a lightning rod for dissatisfaction with ‘big science’ rather than fostering a new and powerfully productive picture of the biological basis of the mind.

This article first appeared online in The Guardian on July 8 2014.  It appeared in print in the July 9 edition, on page 30 (comment section).

The HBP leadership have published a response to the open letter here. I didn’t find it very convincing. There have been a plethora of other commentaries on the HBP, as it comes up to its first review.  I can’t provide an exhaustive list but I particularly liked Gary Marcus’ piece in the New York Times (July 11). There was also trenchant criticism in the editorial pages of Nature.  Paul Verschure has a nice TED talk addressing some of the challenges facing big data, encompassing the HBP.