Open MIND is a brand new collection of original research publications on the mind, brain, and consciousness. It is now freely available online. The collection contains altogether 118 articles from 90 senior and junior researchers, in the always-revealing format of target articles, commentaries, and responses.

This innovative project is the brainchild of Thomas Metzinger and Jennifer Windt, of the MIND group of the Johanes Gutenburg University in Mainz, Germany (Windt has since moved to Monash University in Melbourne). The MIND group was set up by Metzinger in 2003 to catalyse the development of young German philosophers by engaging them with the latest developments in philosophy of mind, cognitive science, and neuroscience. Open MIND celebrates the 10th anniversary of the MIND group, in a way that is so much more valuable to the academic community than ‘just another meeting’ with its quick-burn excitement and massive carbon footprint. Editors Metzinger and Windt explain:

“With this collection, we wanted to make a substantial and innovative contribution that will have a major and sustained impact on the international debate on the mind and the brain. But we also wanted to create an electronic resource that could also be used by less privileged students and researchers in countries such as India, China, or Brazil for years to come … The title ‘Open MIND’ stands for our continuous search for a renewed form of academic philosophy that is concerned with intellectual rigor, takes the results of empirical research seriously, and at the same time remains sensitive to ethical and social issues.”

As a senior member of the MIND group, I was lucky enough to contribute a target article, which was commented on by Wanja Wiese, one of the many talented graduate students with Metzinger and a junior MIND group member. My paper marries concepts in cybernetics and predictive control with the increasingly powerful perspective of ‘predictive processing’ or the Bayesian brain, with a focus on interoception and embodiment. I’ll summarize the main points in a different post, but you can go straight to the target paper, Wanja’s commentary, and my response.

Open MIND is a unique resource in many ways. The Editors were determined to maximize its impact, so, unlike in many otherwise similar projects, the original target papers have not been circulated prior to launch. This means there is a great deal of highly original material now available to be discovered. The entire project was compressed into about 10 months from submission of initial drafts, to publication this week of the complete collection. This means the original content is completely up-to-date. Also, Open MIND  shows how excellent scientific publication can  sidestep the main publishing houses, given the highly developed resources now available, coupled of course with extreme dedication and hard work. The collection was assembled, rigorously reviewed, edited, and produced entirely in-house – a remarkable achievement. 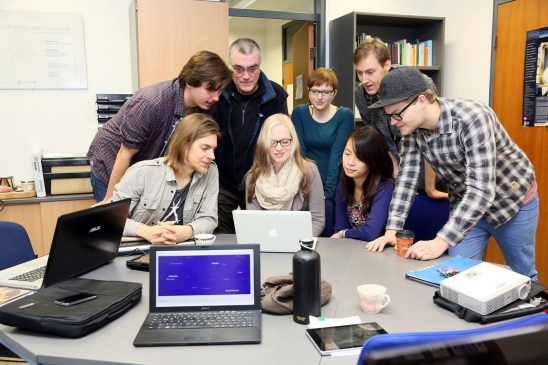 Above all Open MIND opened a world of opportunity for its junior members, the graduate students and postdocs who were involved in every stage of the project: soliciting and reviewing papers, editing, preparing commentaries, and organizing the final collection. As Metzinger and Windt say

“The whole publication project is itself an attempt to develop a new format for promoting junior researchers, for developing their academic skills, and for creating a new type of interaction between senior and junior group members.”

The results of Open MIND are truly impressive and will undoubtedly make a lasting contribution to the philosophy of mind, especially in its most powerful multidisciplinary and empirically grounded forms.

Take a look, and open your mind too.